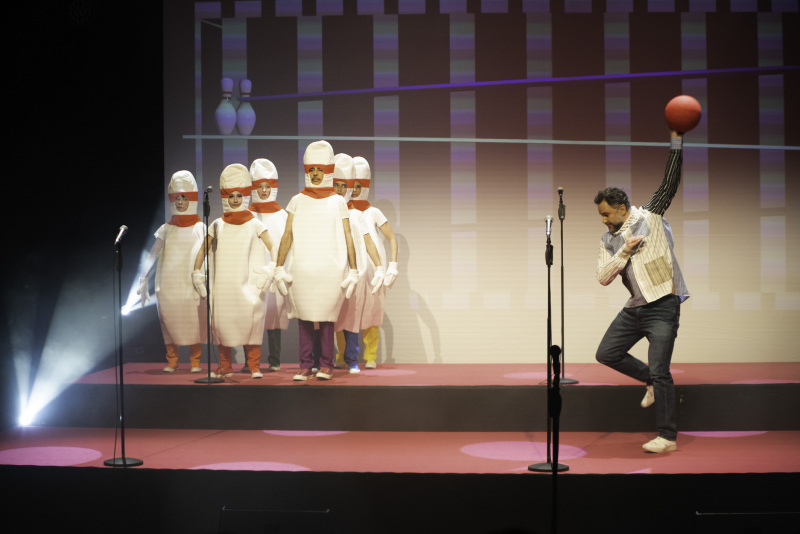 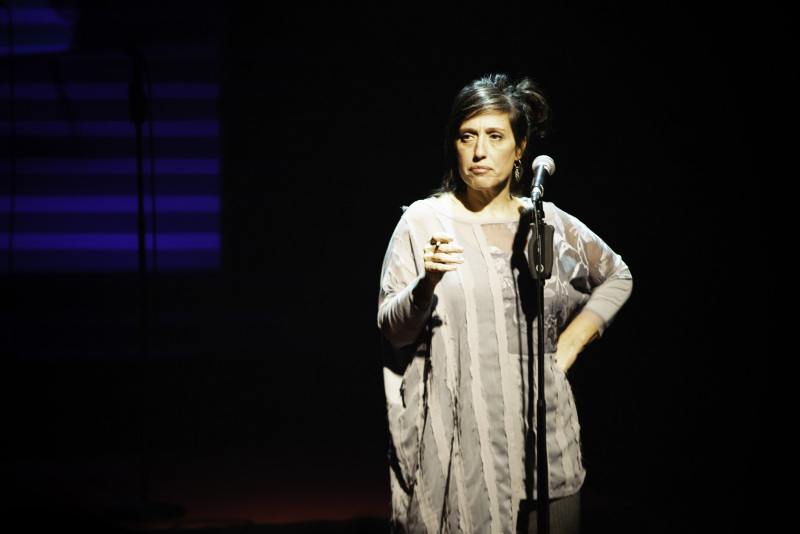 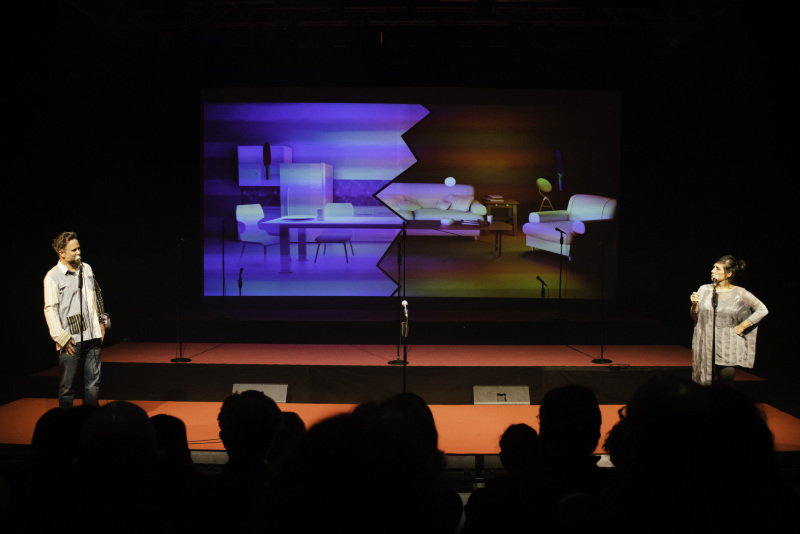 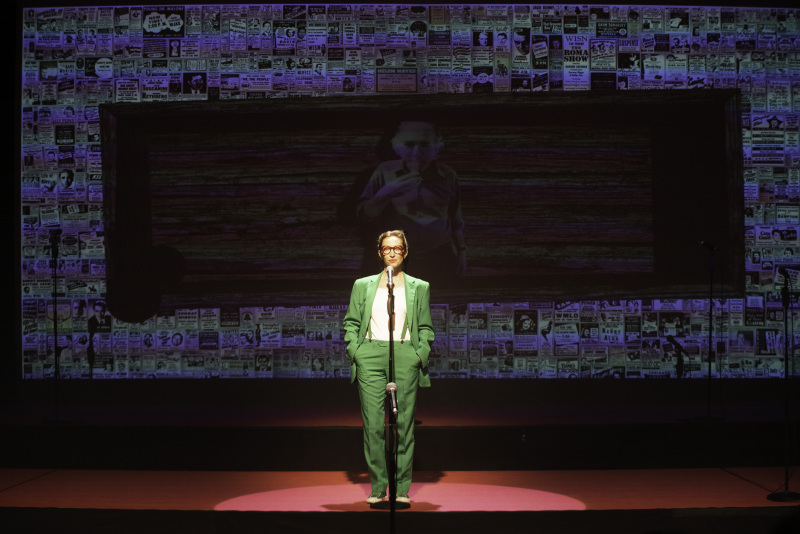 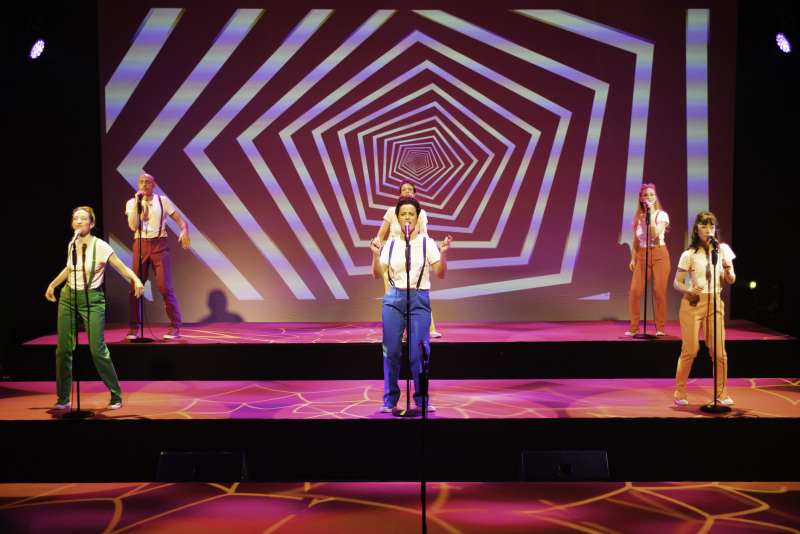 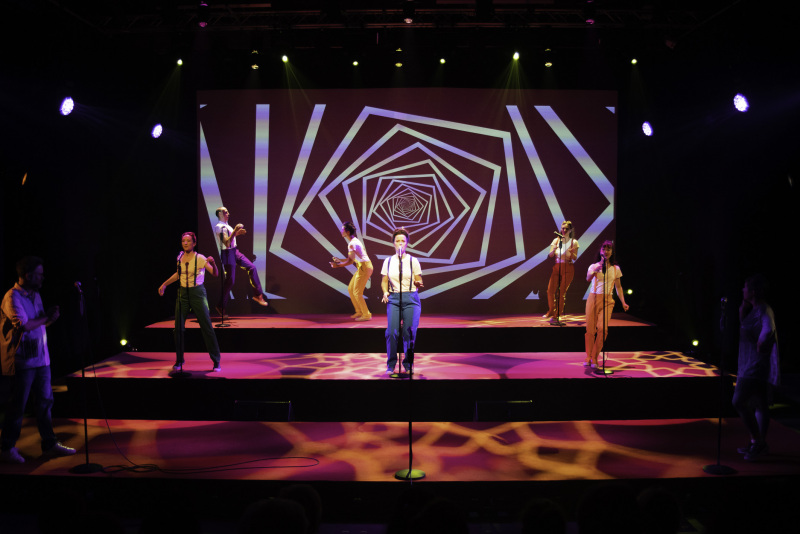 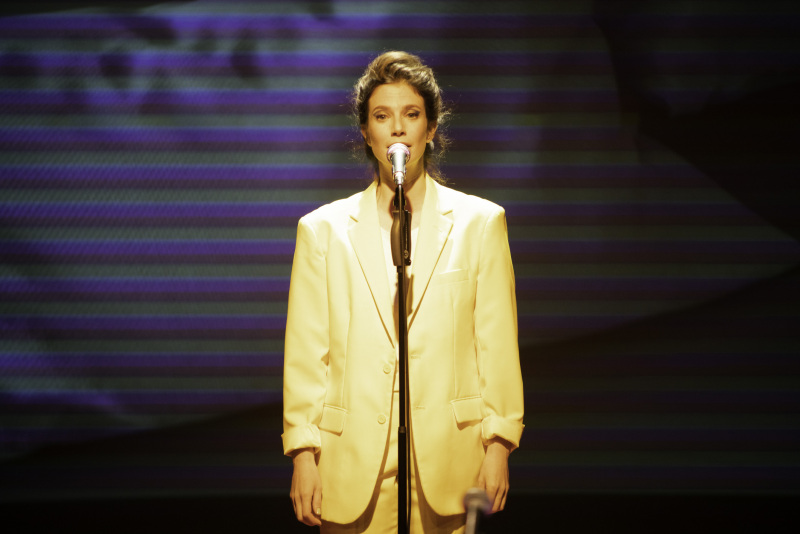 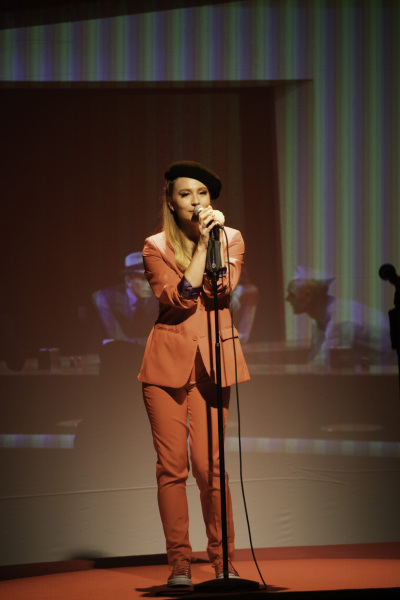 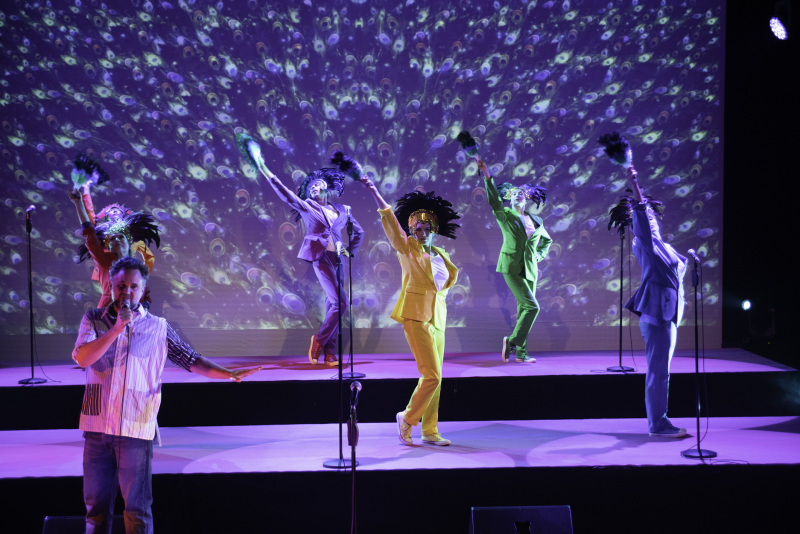 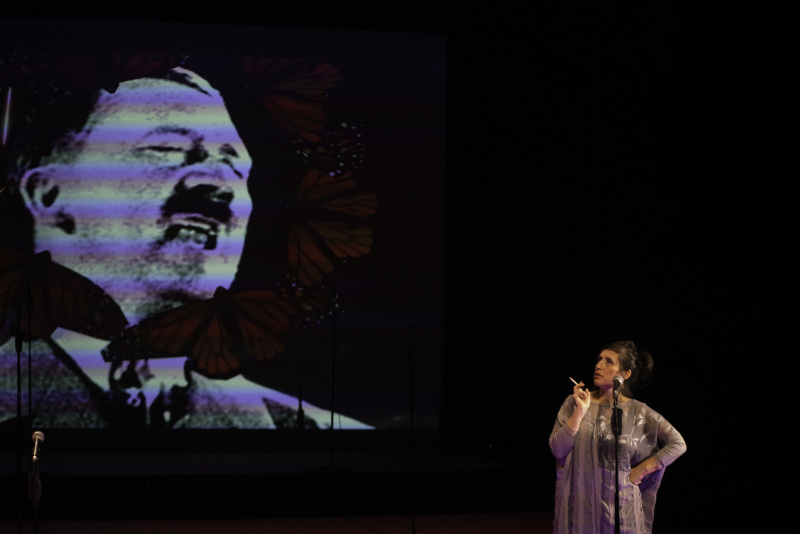 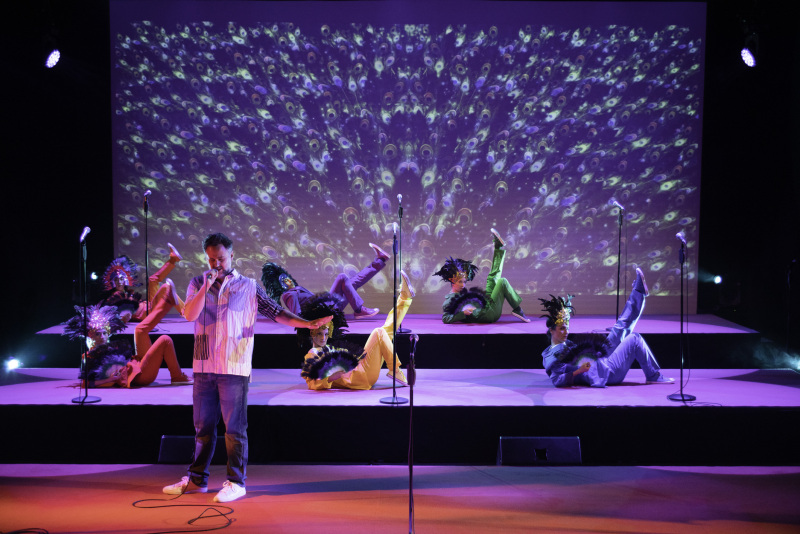 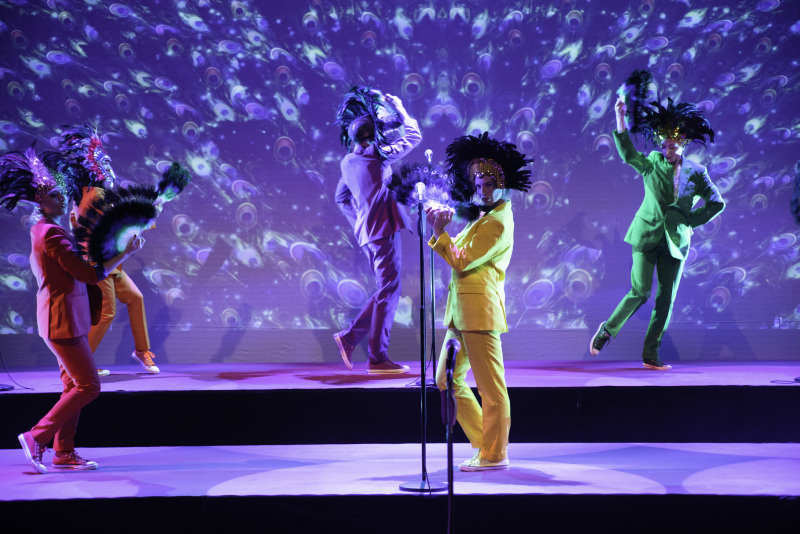 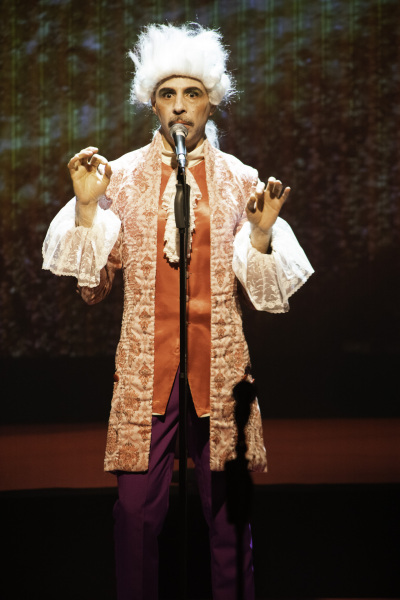 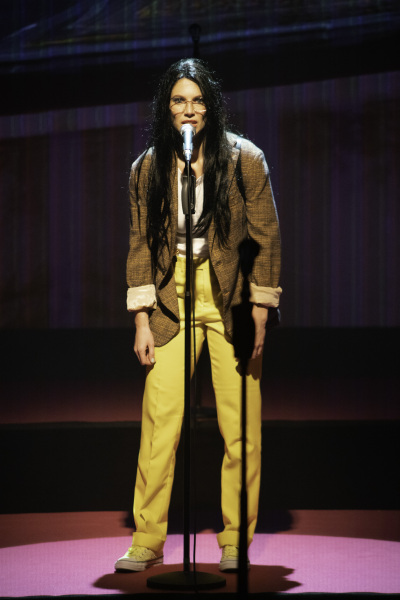 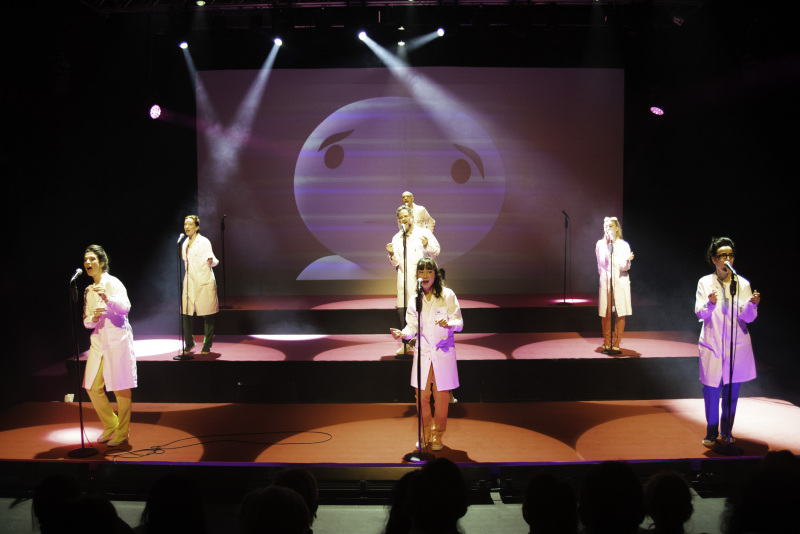 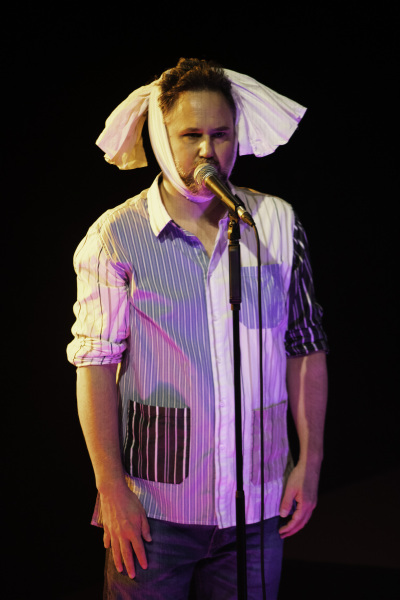 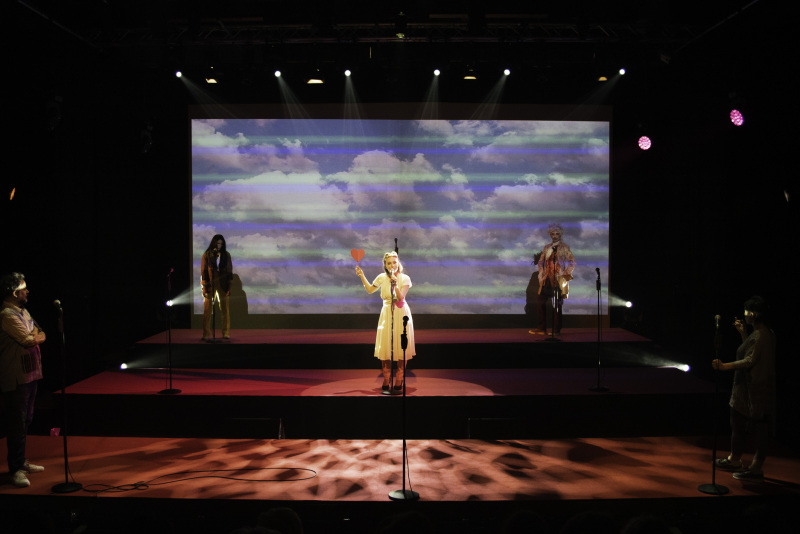 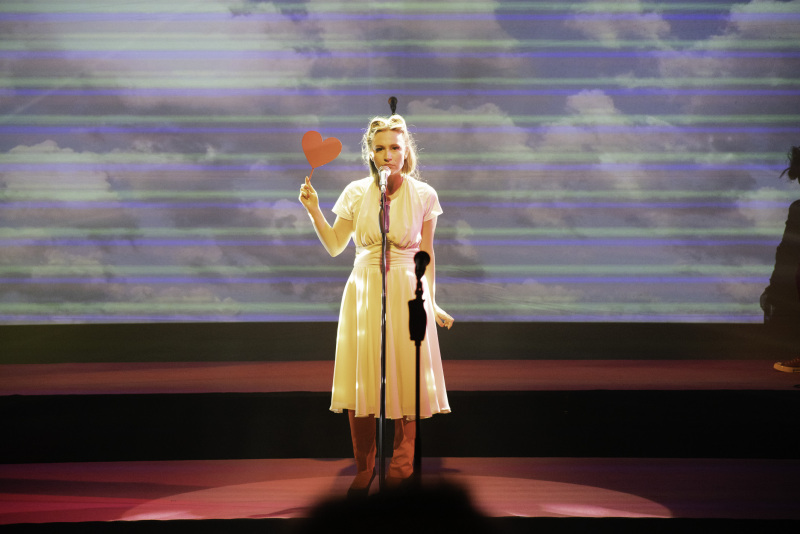 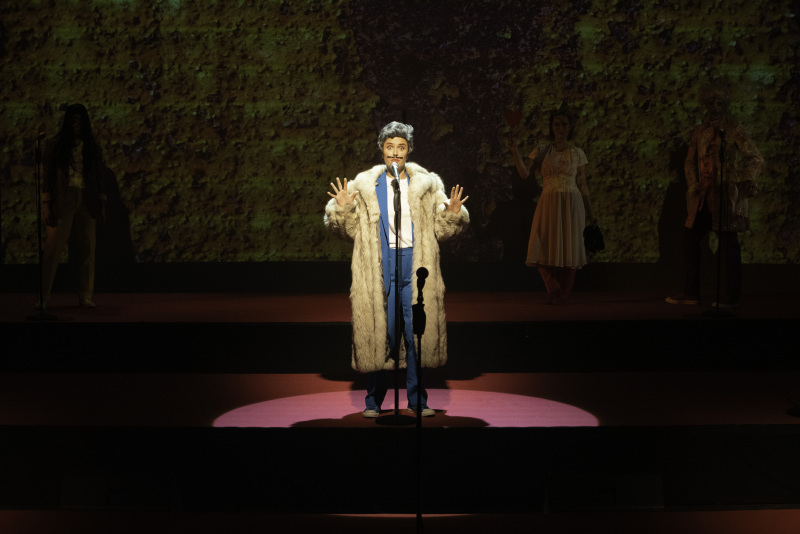 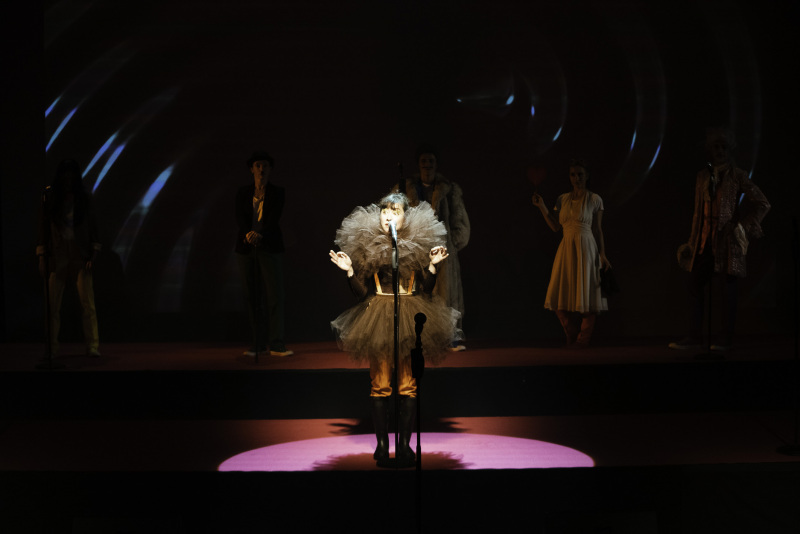 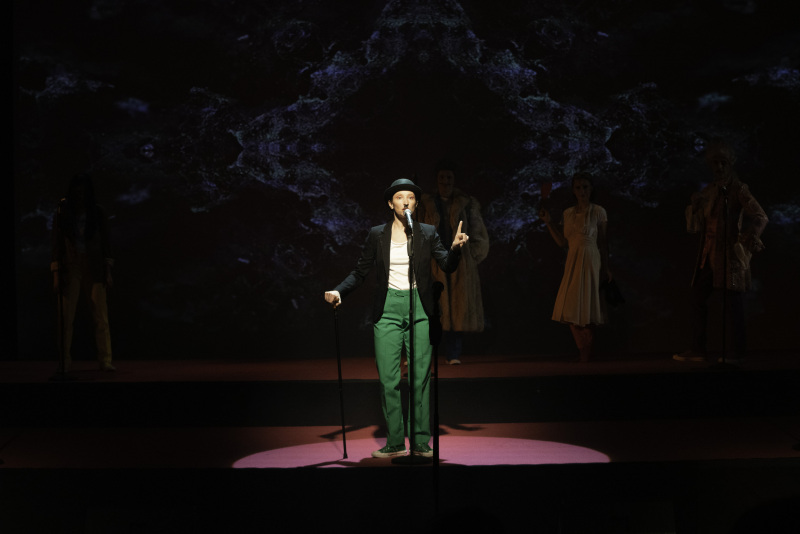 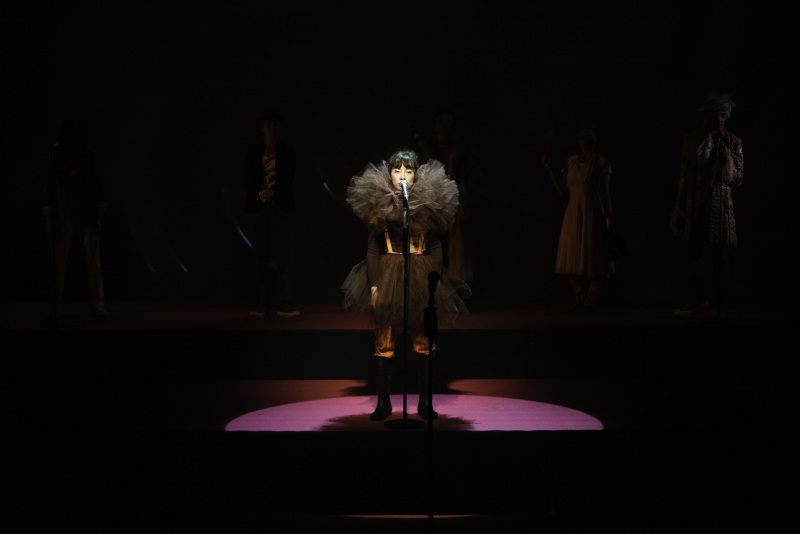 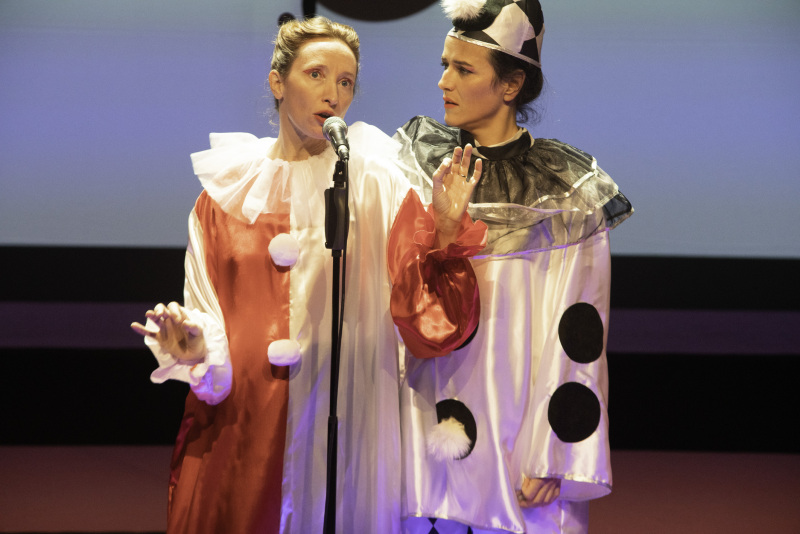 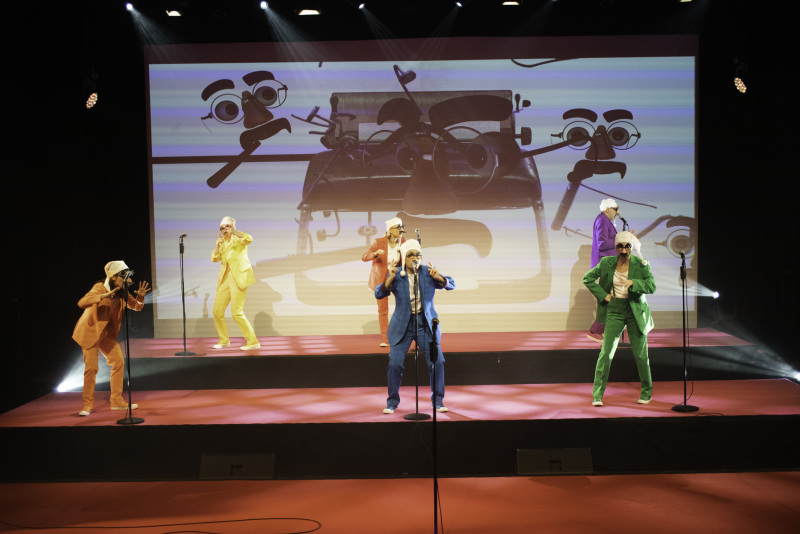 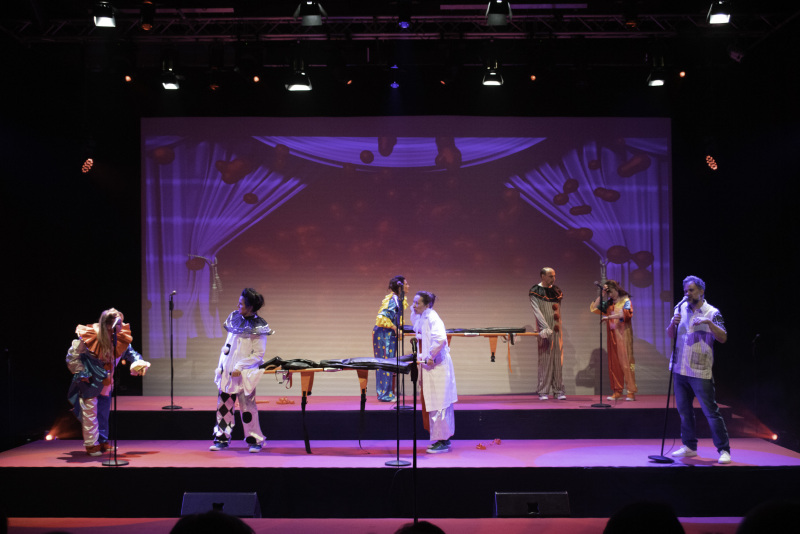 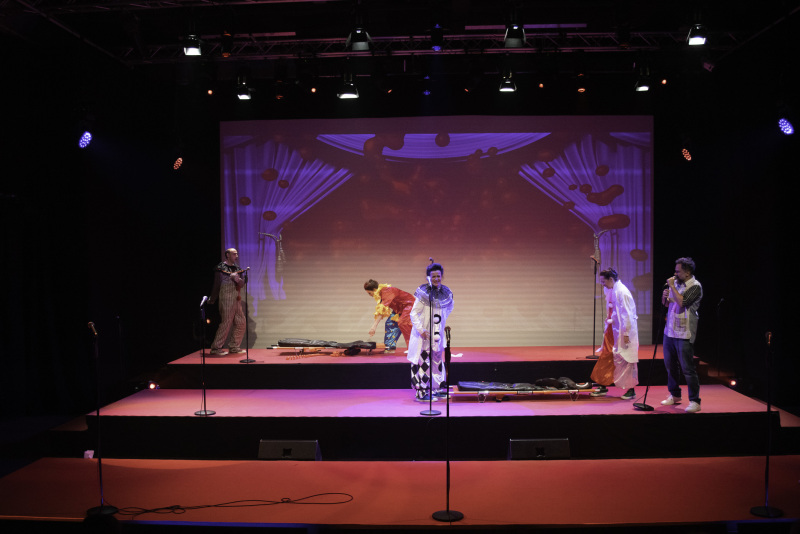 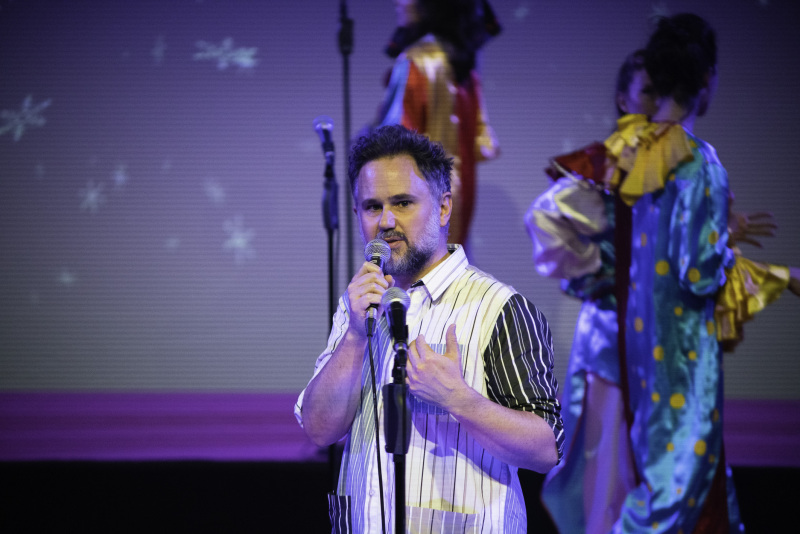 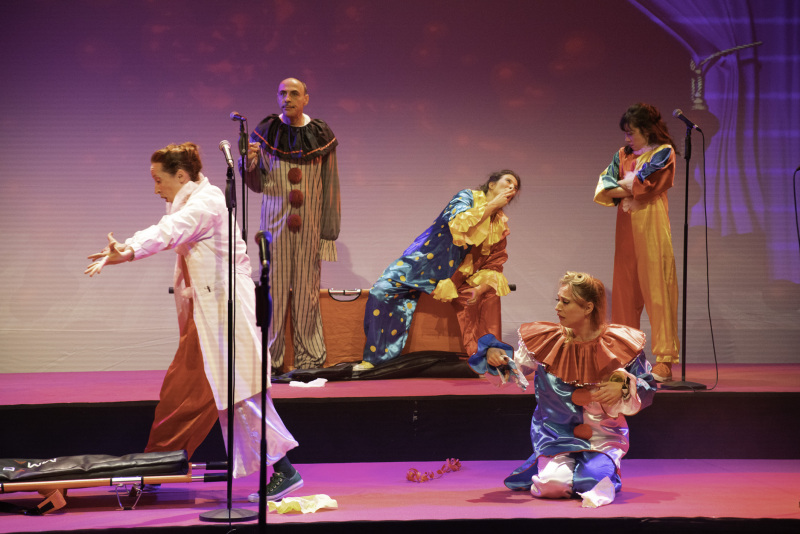 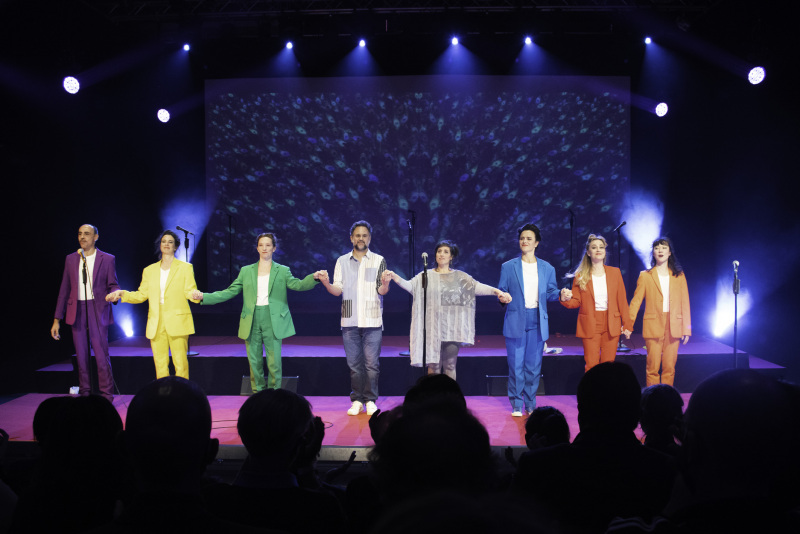 The adventure of Yoli Balulu and his gang of misfits

The semi-famous Viennese experimental director Yoli Balulu decided to stop doing performance art. He is fad-up with the art scene, with its inability to find a large audience and affect a political change. Deep inside him, and please don’t tell anyone, Balulu always dreamt of becoming the male version of Leni Riefenstahl.

It was time to embark on a new career. But all Balulu knows is theatre, he’s doing it since the young age of six. So he takes his skills and builds a new social movement he calls: The Mask.

In an Europe convulsed by political upheaval, cultural discord, environmental collapse, and spiritual confusion, people are searching for peace, salvation, and, perhaps most immediately, just a little damn focus. This is where Balulu enters with his technique: The Mask. A combination of acting methods, mind games, mythology, fake history, yoga, and, well, mimic. From Aristotle to Stanislavski to Brecht to Strasberg and Balulu’s own invention, The Mask is a technique that will make people’s lives better, improve communication, and help humanity find some dignity in an ever-changing and ever chaotic world.

It’s a role Balulu never asked for but the reality outside just called him to take the mantle. Together with his troop of seasoned performers, he begins a new adventure, teaching civilization how to live a better life with the help of the art of live theatre.

The performance takes the format of a magazine interview. Yoli Balulu is being interviewed by a journalist from a major Austrian newspaper about his future plans and the career he just decided to abolish.

Very fast things go out of hand, fringe characters come out of nowhere, Balulu can’t keep focus, and goes all over the place. There’s nothing, at this point in his artistic life, more boring than the idea of writing down the actual events of his life in some chronological order. So Balulu is trying to expand his brand by creating a new biography, one that is fascinating as much as it is fake.

He becomes an avatar of anybody in his position, an artist who tries to make sense out of this chaotic world especially when being asked by a journalist to put his professional life into order.

Think about a long profile article in the NewYorker being put on stage with all the photos, the details, the anecdotes, the history, the stories, the facts, and fiction and you get The adventure of Yoli Balulu and his gang of misfits.