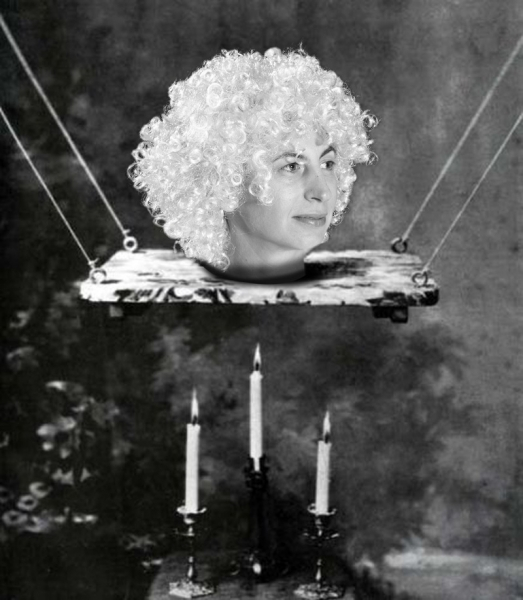 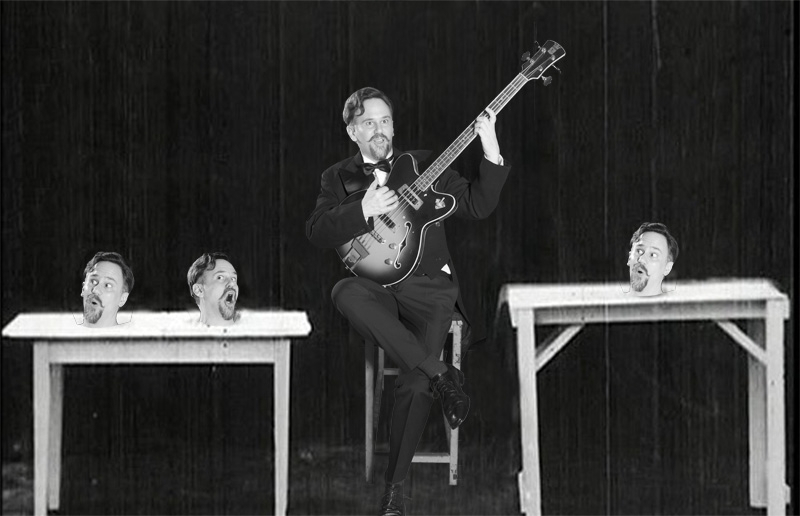 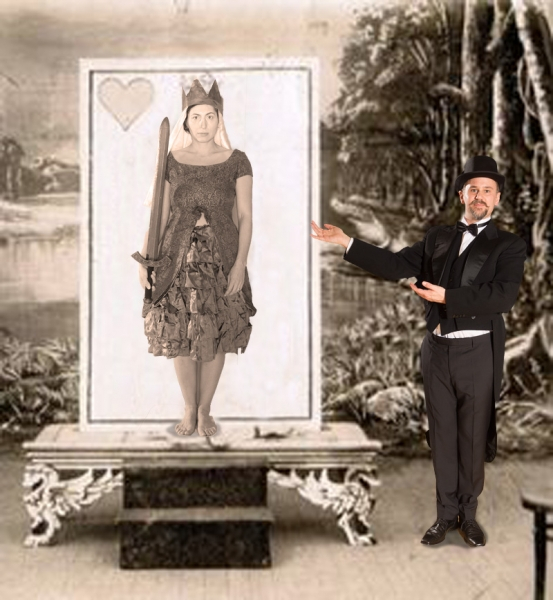 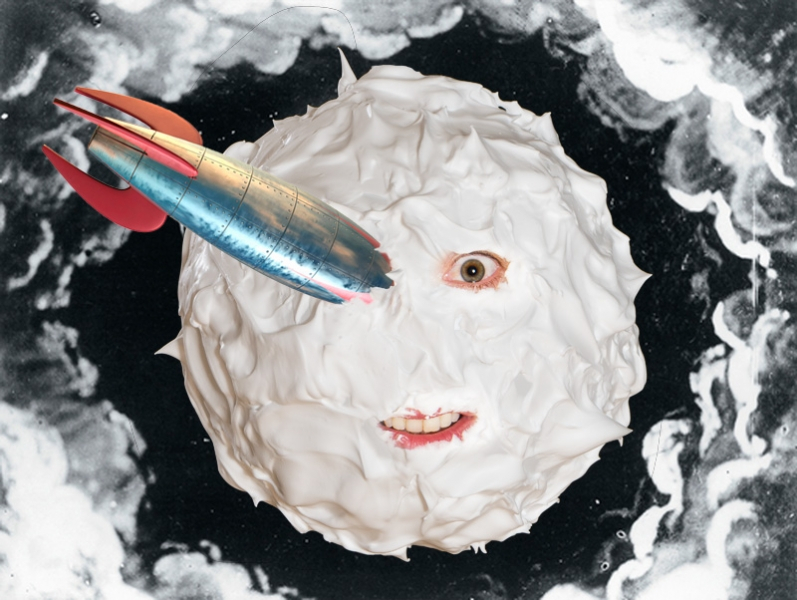 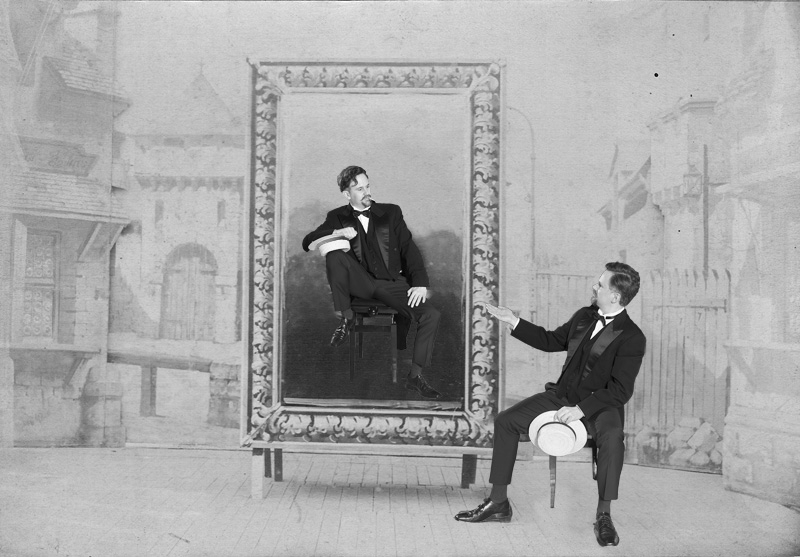 Welcome to our world of cardboard dreams, painted fantasies, shabby costumes, beat-up performers and cheap adventures. Our moon is made of paper, our mermaids knew better days. Welcome to our trick picture spectacle. Welcome to the cinema of attractions.

It is virtually impossible to over-estimate Georges Méliès’ contribution to the art of film. His work stands alone and is as distinctive as that of all great geniuses. His pioneering visual techniques still maintain a wonder to all ages and it comes as no surprise that audiences who witnessed a succession of vanishing ladies, flying severed heads, monstrous bats and the devil personified were astonished in much the same way that audiences are today.

The Mechanical Paradise tells the story of Georges Méliès.

Let us then present a fictional biography of Méliès—a historical novel so to speak—whereat we, as demonstrators, lie to you…. tell a tale, as it’s called . . . . in order to get at the truth. Our story of course is based on facts: however a fact about unexplored territory cannot be anything but misleading. We present, therefore, a fiction that is IN fact: if you follow, we begin advent—adventuring .

The story of Georges Méliès is told via a series of short films created live on stage.

The stage is a sound-stage; similar, in spirit, to the one Méliès built for himself in Paris. Méliès and his crew (technicians, performers, friends) are working on creating magical little stories with the simple aim of entertaining the audience.

The stage is empty. A large frame is positioned front-stage. It is the frame through which the audience will see the magic created live on stage. The audience, like Méliès’ camera, are static, the only movement happens behind the frame.

We first see Georges Méliès as his own character in a silent film. The text comes as a voice over, serving the same purpose that the written titles served in silent movies. The text tells in a semi-autobiographical story the life and work of Georges Méliès.

Sample text: “I intended to have an elegant and simple stage, unencumbered by all the paraphernalia of the ordinary conjuror, which looks more like a toyshop than a serious performance”.

Slowly the stage is being filled with two-dimensional set pieces and the performers are acting out, in the silent-movies style, stories that mix fantasy, magic and 19th century sci-fi. The whole set is being assembled live in front of the audience as if they are watching a live taping of a TV show. Scenes are repeated (various takes per scene), set pieces are manipulated to create a sense of movements and action. Music is added live and the full stage picture comes alive. The moment the filming of a short story is over, the stage is emptied out and a new setting is assembled. The process is repeated.

Our interest derives from the theatrical heritage Méliès came from. Méliès, who operated a theatre in 19th century Paris, moved certain theatre forms of that time toward the more flexible space of cinema, rather than posing the two disciplines as absolute others. Méliès’ cinema pushed the visual devices of the 19th century spectacular theatre (the operetta, the pantomime, and the medical playlet) into a representation that no longer corresponded simply to the inert space of theatricality or the continuos space composed of different orientations that later cinema achieved through editing. Instead he created a palimpsest, a playful space of display, with differing modes of representation and even different spatial scales juxtaposed within a single image. Bazin called it “mixed cinema”. Méliès created a hybrid space whose jagged fit between several modes, and expresses Méliès’ modern pragmatism.

It is this “mixed cinema” that we would like to create live on stage. The movement from ‘filmed theatre’ to cinema.

The film we are shooting, live on stage, is a sort of biopic about the man, Méliès, who dared to dream too much. Into this story we are interweaving the action of filming several of his movies. We will recreate several shorts by Méliès starting with the first movie he filmed ‘Playing cards’ and going through ‘The Vanishing Lady’, ‘The Mermaid’ and ‘The Trip to the Moon’. The last movie we will recreate is a fictional one, in it we are imagining what would have happened if Méliès would have tried his hand in doing Griffith. The fictional movie is titled “The Jews” and supposedly tells the beginning story of the Zionist movement.

The action of filming live will be created by performers, extras, stage hands, live musicians, life story tellers, and live directing. The performance should give the audience the chaotic atmosphere of making a film.