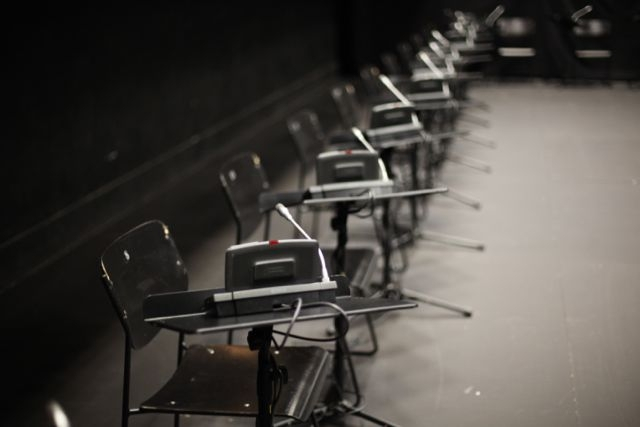 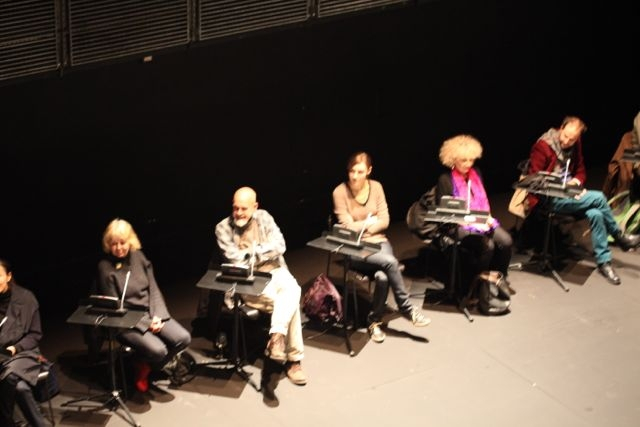 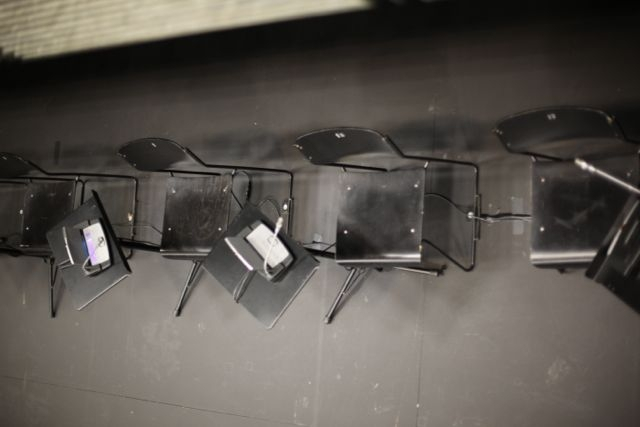 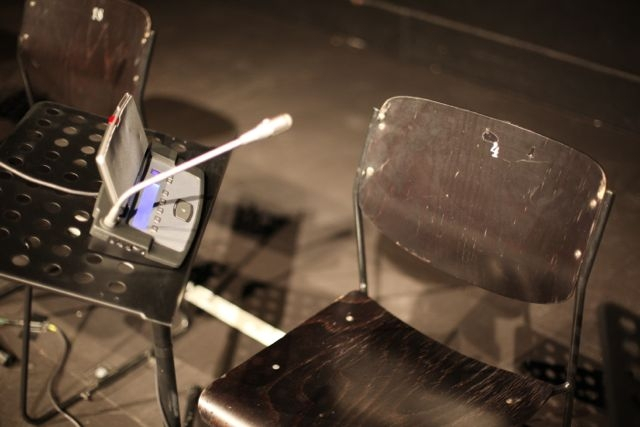 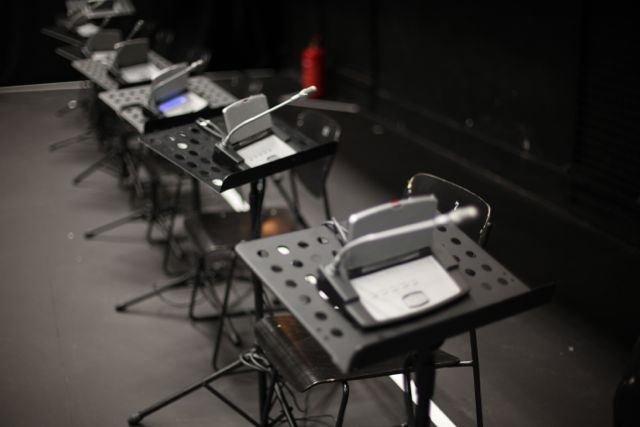 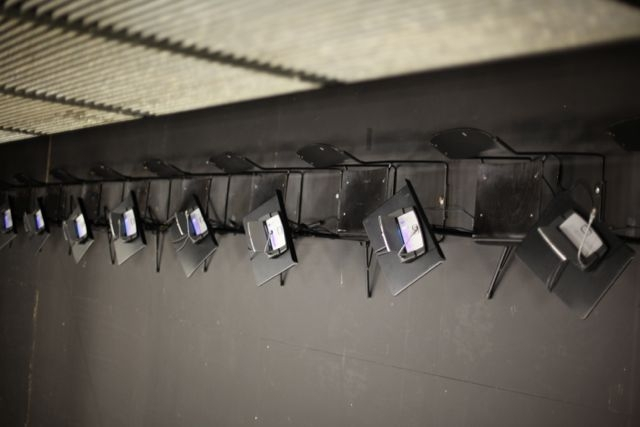 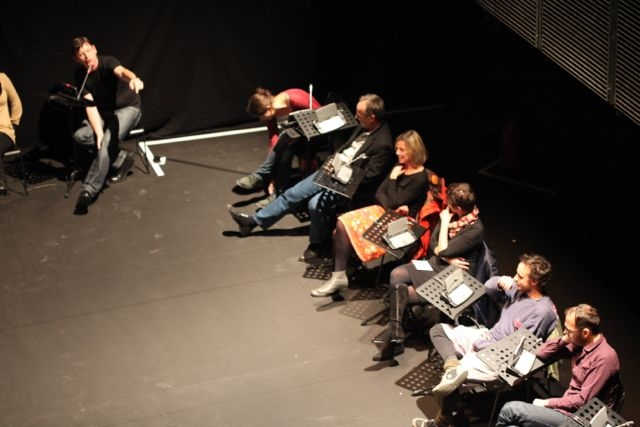 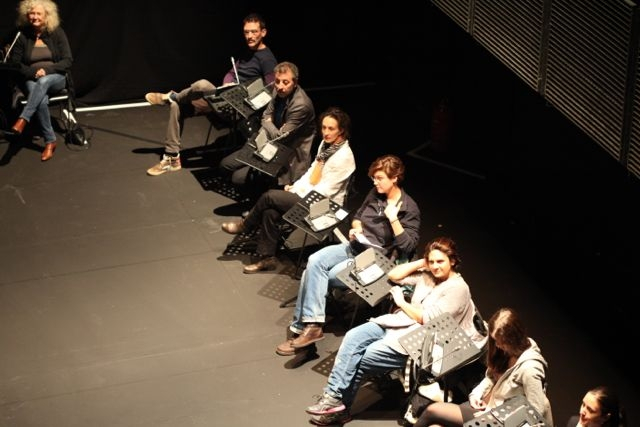 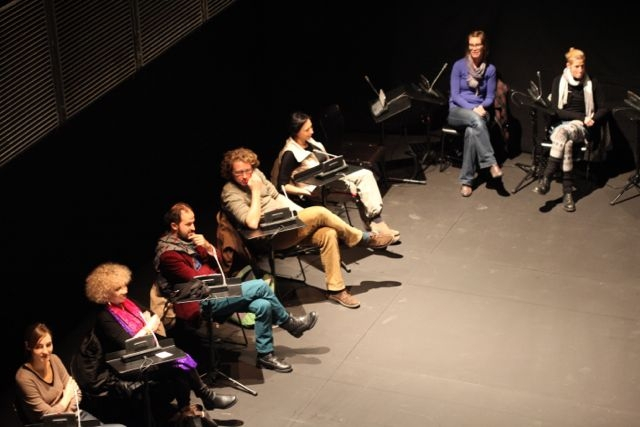 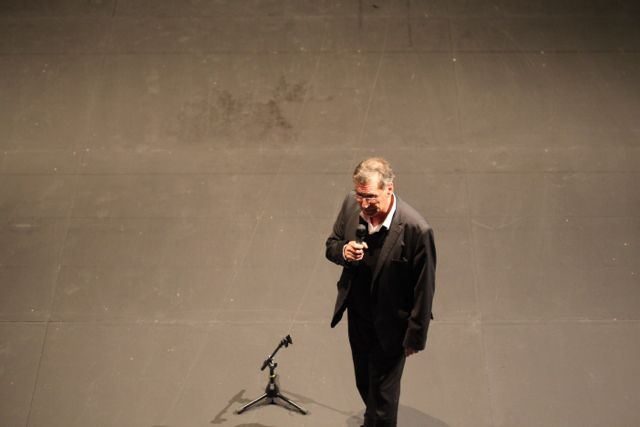 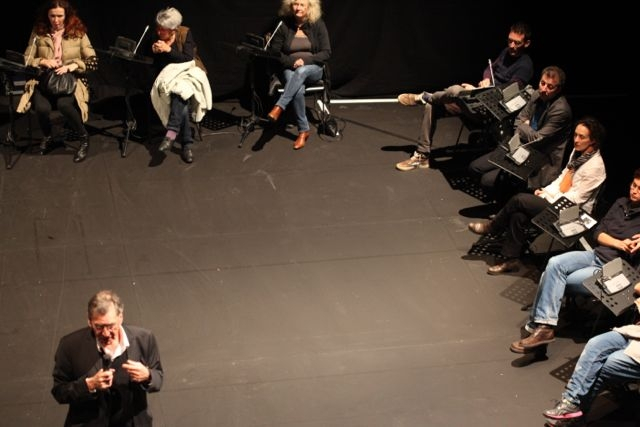 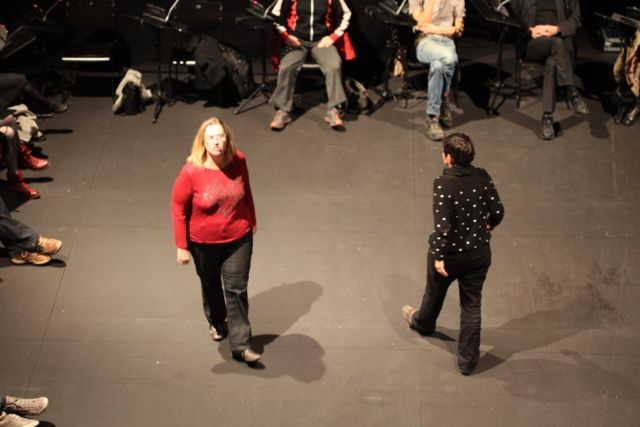 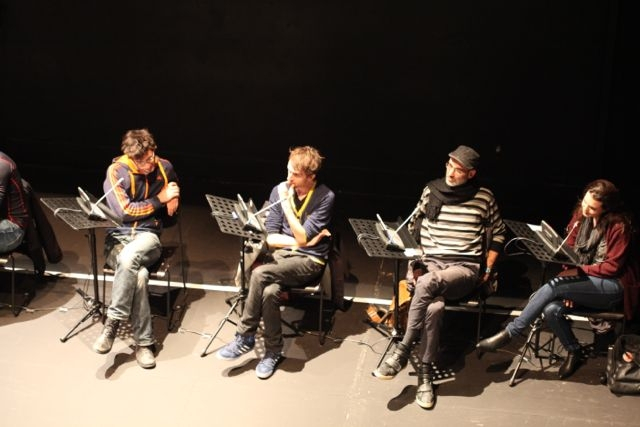 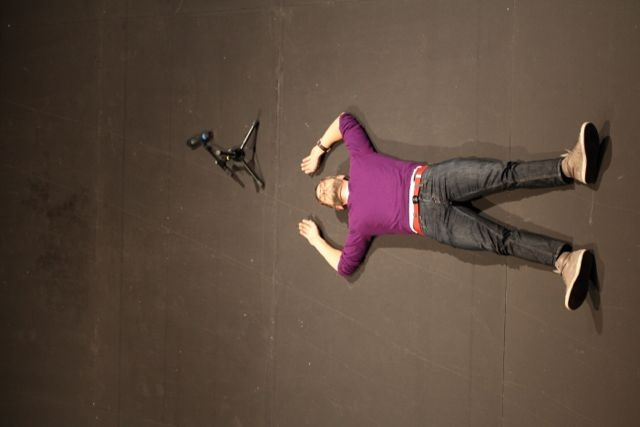 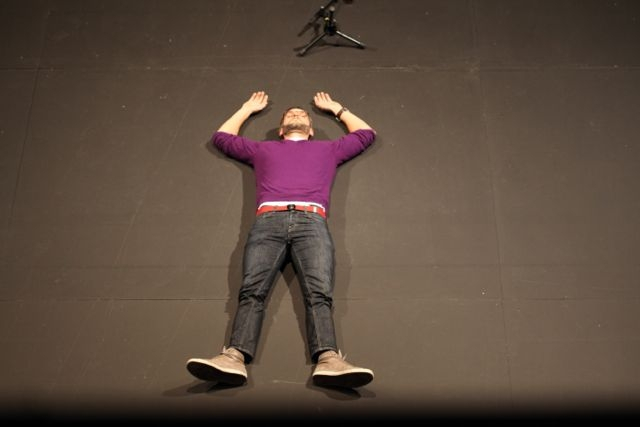 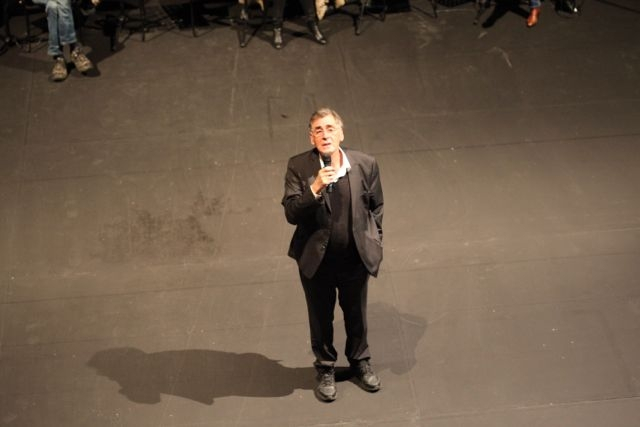 What do you really want?

Audience participation in theatre is of course nothing new. Just a century ago, the Futurist Filippo Marinetti came up with adventurous proposals for turning theatergoers into (involuntary) cast members. “Glue is smeared on a couple of seats causing spectators to stick fast, thereby provoking general hilarity…A single seat is sold to ten people, resulting in jostling, wrangling and fighting,” he wrote in his 1913 manifesto “Variety Theatre”.
What Marinetti proposed seems similar to the way audience participation works today, in the age of YouTube clips and digital media. But this was not what the 1960s performance artists had in mind when audience participation first began to reemerge as a strong theatrical force. Avant-garde theatre of the 1960s and 1970s was reflexive, drawing attention to itself as art, deferring meaning and therefore giving the spectators a voice in the creation of that performance. At that time, it was natural that reflexivity in theatre went hand in hand with audience participation.
Nowadays, reflexivity is not the point. Marinetti’s need for hilarity is much more in place. What is new today, however, is the vehemence with which independent theatre groups, in particular, outdo each other in creating exemplary art-sociopath, which can usually be recognized by the phrases ‘interactive’, ‘social sculpture’, ‘active participant’ and/or ‘computer game played live’ in the accompanying dramaturgical leaflet. The audience of these performances usually find out more about how theatre directors of the Google generation imagine a dictatorship or a psychiatric hospital than about actual dictatorship or psychiatric hospitals.
Although the work done by the 1960s New York avant-garde attempted to efface many of the boundaries of Western culture, including those between performers and audience and those between performance forms such as dance and theatre, a great deal of performance art remains trapped within spaces that reinforce strict separations between performers and viewers.
The audience who rejected the 60s participatory theatre seem to enjoy much more the modern version of it. The 60s offered a communal ritual that resembled areas once occupied mostly by practitioners of religion and politics. It was too much for the audience to take. Today, participatory theatre resembles a party, there is no risk involved, just fun. One can understand the shift in participatory theatre and why the audience will go for it. Given the fact that all the “performances” that politics, society and the individual stage everywhere in “real life” are a great source of entertainment, it is hard to top with naive, dramatic shows. The funnier and more intelligent strategy of audience participation must now definitely lie in turning the tables. Instead of creating a kind of Second Life as a play area, you take reality and put a theatrical frame around.
This strategy is one option and it renders the theatrical space irrelevant. The other strategy, of course, is to bring back the 60s reflexivity in relation to audience participation taking into account the new “mediatized culture” we are part of. Instead of the ritual it is possible to bring the intimate; instead of performance Happening it is possible to create a conversation, instead of engaging the audience in some sort of 60s dance of ecstasy it is possible to sit in quiet and just talk. Writing the text with the audience as the performance moves along.

Structure
Audience Participation or the Curse of 60s Theatre will have two parts that will take place around the same time, each part attacks the problem of audience participation from a different point of view.

part 1 – Real Viennese (in collaboration with Wien Museum)
In one of the museum’s exhibition rooms we will position a small stage/pedestal. During the museum’s opening hours we will ask real Viennese residents to sit from time to time on the small stage as if they were a part of the exhibition. The visitors can observe the “real” people or engage in a conversation with them. From time to time we will conduct a talk with the real Viennese resident, a talk that can be viewed by the museum visitors and later will be shown as a video piece. The people we will choose should come from different segments of the city; from a teacher, to a fireman, to a city worker.

part 2 – Real Audience
The audience is coming to a typical evening of theatre but instead of watching actors perform, they become the main event. The audience is invited to come to the stage and have an intimate conversation with a moderator chosen by us. The conversation‘s main focus will be around life and politics or the private and the public. The participation will be on a voluntary basis, every evening will depend on the audience‘s willingness to participate.
The set up will be a simple one. A carpet, two chairs and drinks in a warm and intimate lighting arrangement that will make it look like part talk-show, part armchair theatre.