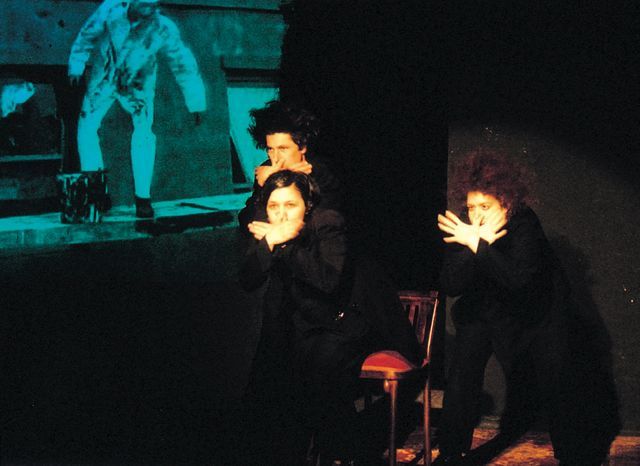 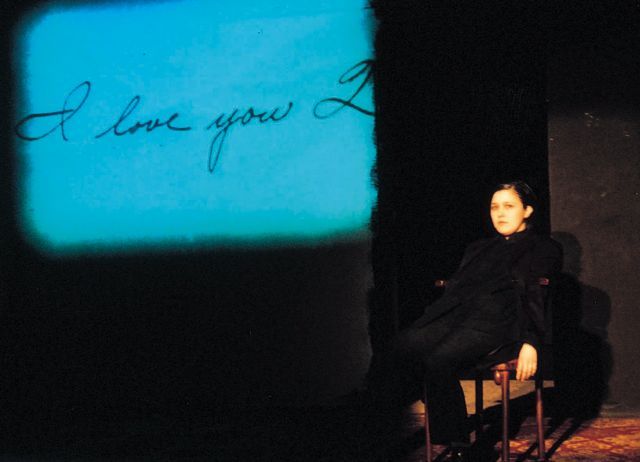 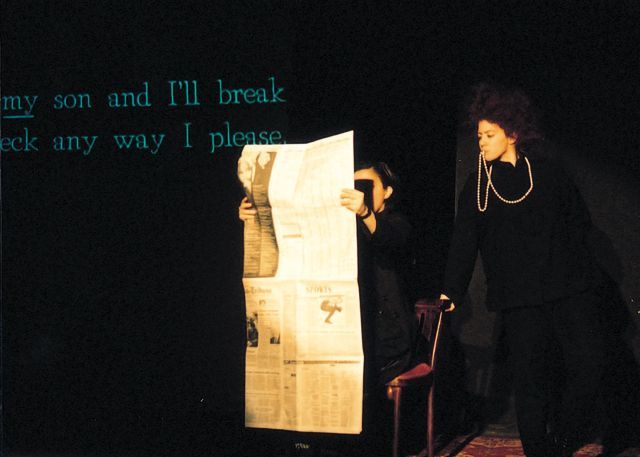 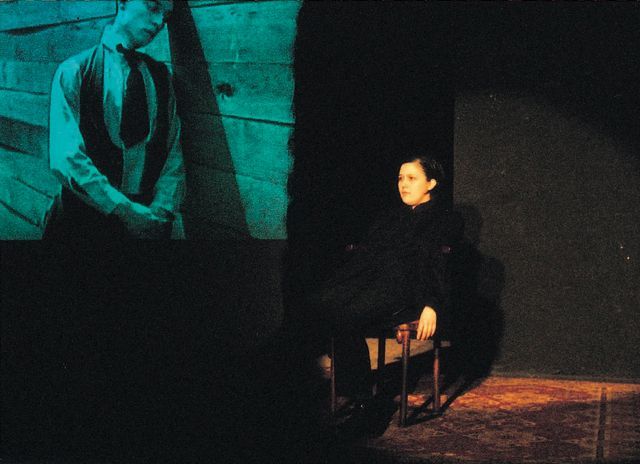 The performance centers around two short movies by Buster Keaton – “One Week” and “Neighbors”. The movies are projected on a large screen and simutaneously an action takes place on stage. In addition a video treatment of the movies is projected on a second large screen and runs simultaneously to the Keaton movies and to the action on stage.
The evening has 2 parts, each part connected to one movie. In the first part the origninal sound track is played over the loud speakers in the second part a totally new music is written and played live accompaning the silent movie. The text appears via head phones sporadically and with no particular order. It is mainly a conversation by artists concerning the subject of art.