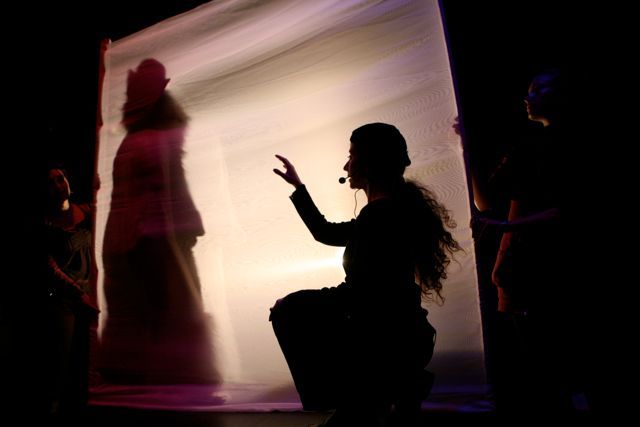 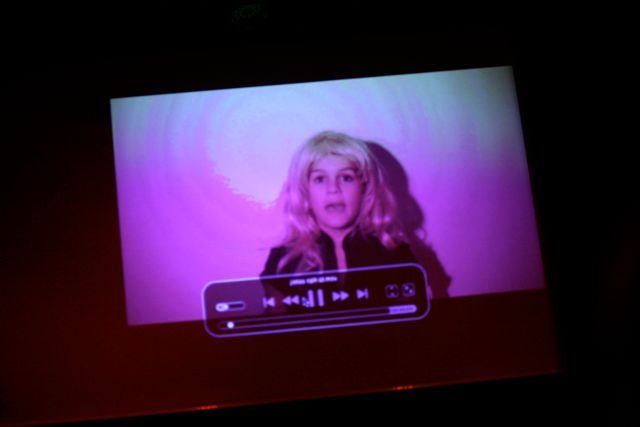 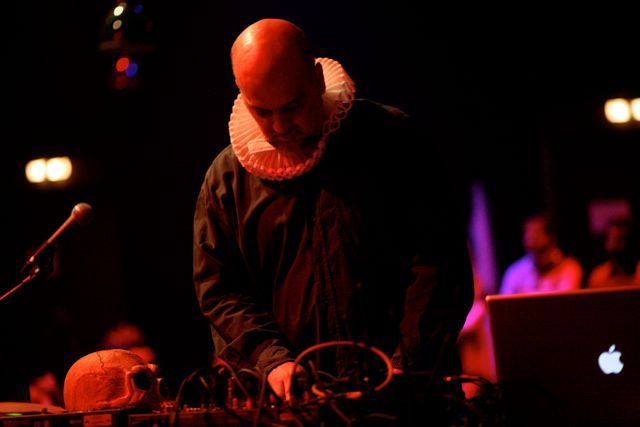 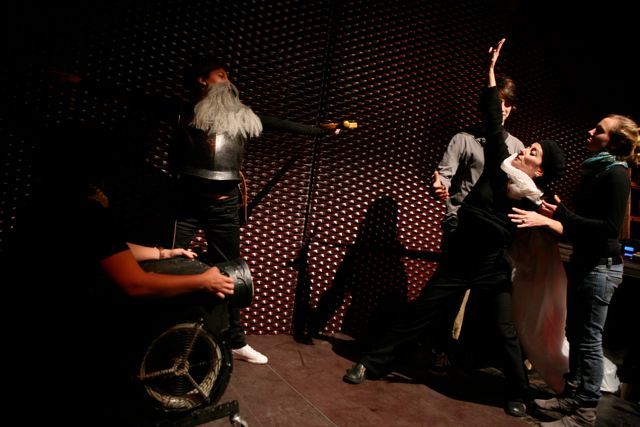 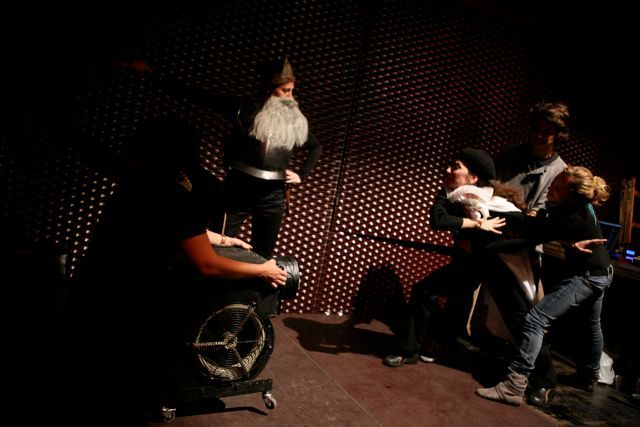 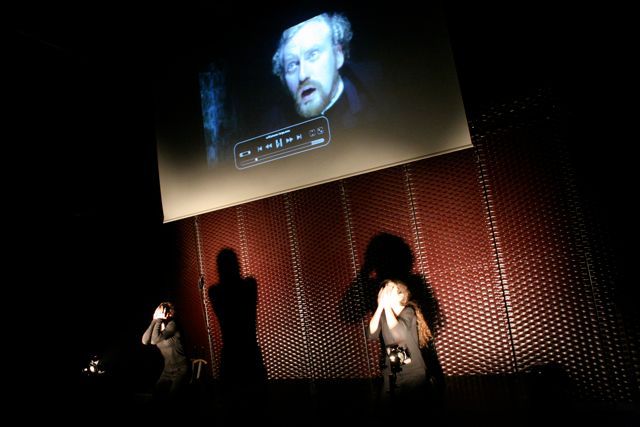 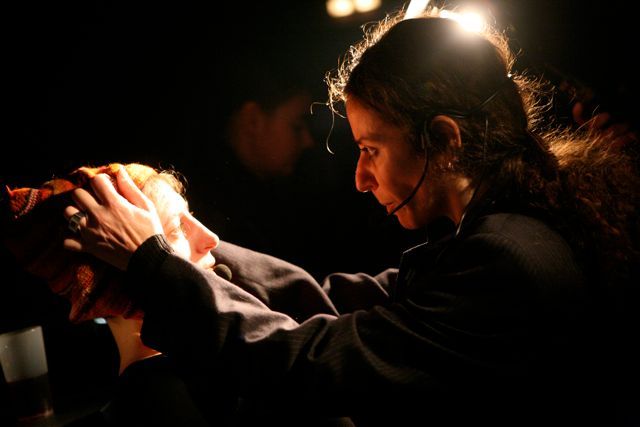 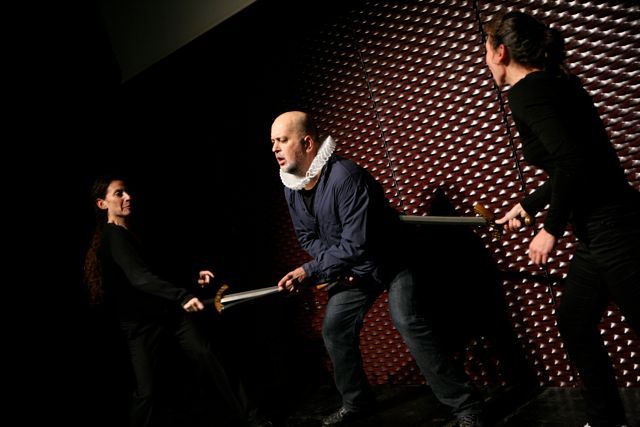 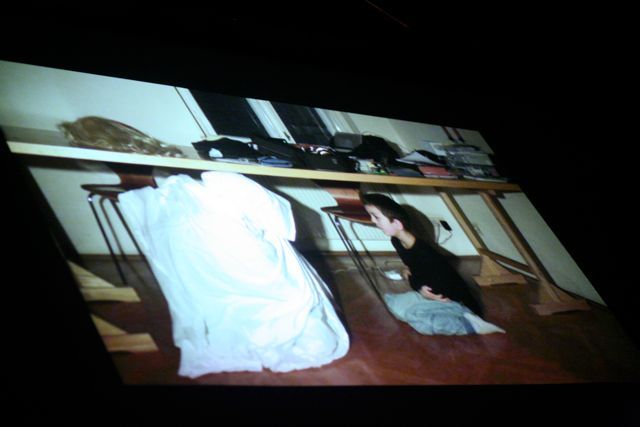 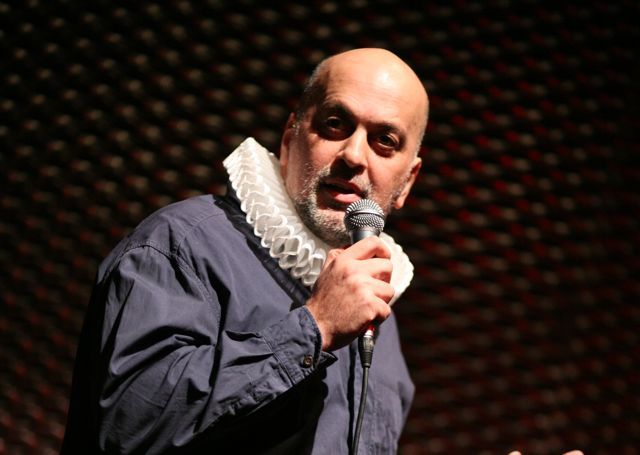 Hamlet’s headache is a discussion, a beginning of a piece, fragments waiting to be put together. We deal with only one short scene, Act 1. Scene 5.
The center of our dive into William Shakespeare’s Hamlet concerns the evocation of the longing to know what past performances of the play looked like. Our Hamlet is a theatrical palimpsest, a presentation whereby a selective history of different Hamlets sits on the stage with our own recreation of that history, live on the same stage. Parts are erased and written over, visible as fragments. The past is recycled, repurposed, re-imagined while in partial view. It is also, primarily, a ghost story, an interpretation where the ethereal specter of Hamlet’s history as a performed piece of theater rides shotgun with the paternal visitations of Hamlet’s dead father; Hamlet, haunted by the ghost of itself. It is also about the mechanism of theatre. How one actor breaks apart the role of another actor, of discovering one’s acting technique through the use of simulation, of becoming a character that is precisely another actor’s interpretation of a character. We take Hamlet apart by calling the entire enterprise of interpreting Hamlet into question, by showing just how transmutable theatre is, how malleable a text ( a play, a film, a performance) can be, and how tradition and authority are very much open to question. Which, not surprisingly, is what Hamlet himself is all about.